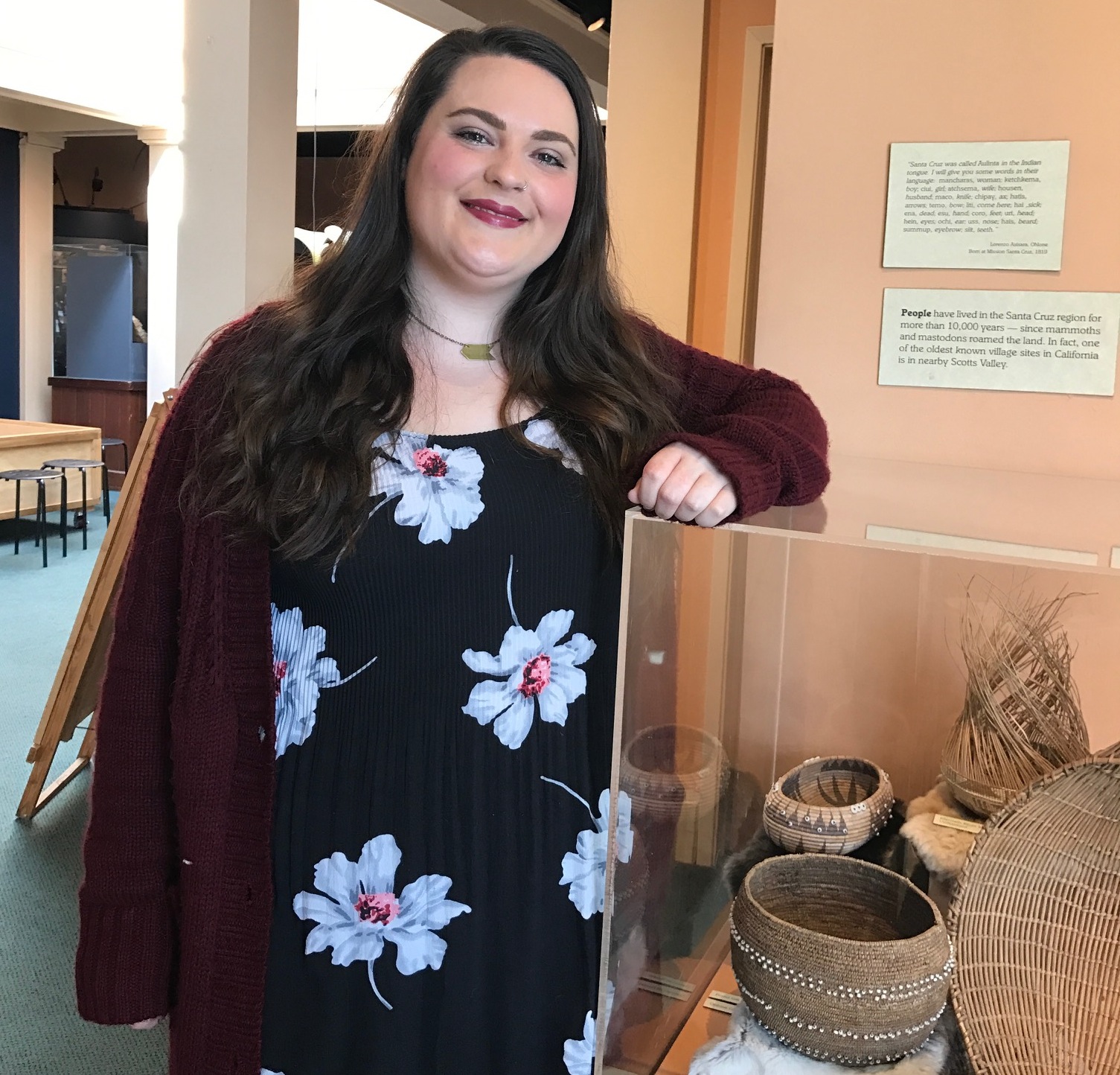 Joining the Museum’s volunteer ranks in February 2015, Dani Lucido is a docent for our Ohlone Program, which educates thousands of local elementary school students each year.

She graduated in 2014 from UC Santa Cruz with a degree in anthropology and started as a volunteer for Museum events. By Fall of 2015, she was a part-time intern with our Education team, later increasing to full-time to help revamp the Ohlone Program.

Dani will work at the Museum through the end of June, after which she will begin pursuing a degree in Native American law.

“Being at the Museum definitely opened me up to natural history in a way that I was not exposed to as an anthropology major who was just focused on culture,” Dani said. “This has broadened my education as far as science is concerned and I’ve learned to work with children.”