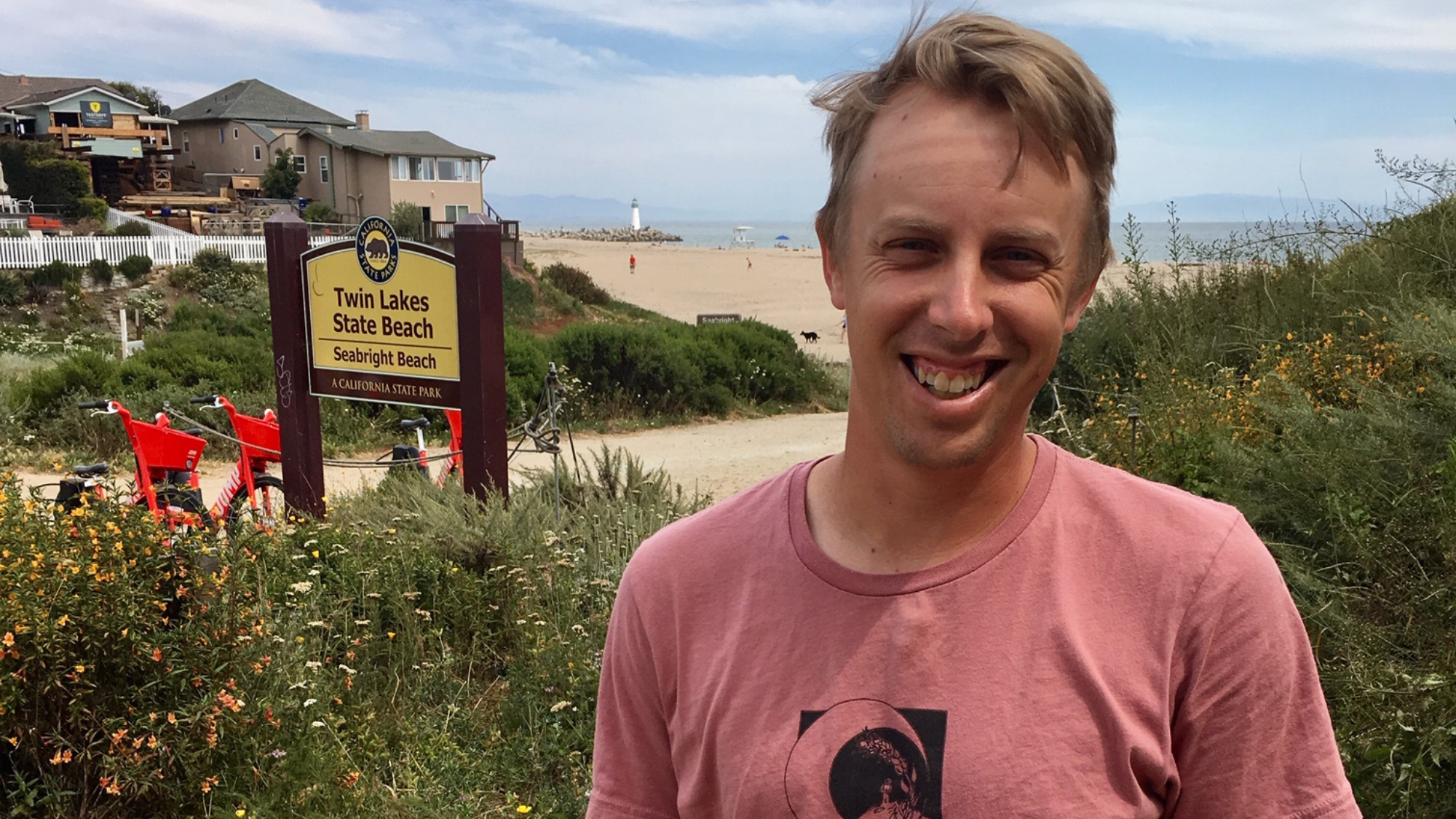 Ask Brian Johnson which native animal he’s most excited about and he’ll name several; California newts, bald and golden eagles, rattlesnakes, trout, and salmon all make the long list. Learn a little more about Brian’s experience in natural history — from a childhood spent among elephants to college quarters spent identifying birds in the field — and it’s easy to see why he’s passionate about so many creatures. Today, he adds to that experience as our collections intern.

Where others travel across oceans to spend time with exotic animals, Brian was born into a life rich with wildlife. Raised by a father who trained elephants, it wasn’t unusual to find a young Brian napping on a hay bale beside the large mammals’ enclosure or peering up at sharks inside an aquarium long after paying guests had left.

“I grew up hanging out with elephants, tigers, and pretty much any animal you can think of,” he said.

Those experiences nurtured a lifelong interest in natural history, which most recently led him through earning his BA in Environmental Studies at UC Santa Cruz. There, at the Kenneth S. Norris Center for Natural History, he volunteered to prepare study skins and teach other students the craft of taxidermy, among a mix of internships and classwork, including the start of his work in the Museum’s Collections Department.

With a camera and taxidermy tools by his side, Brian has done great work in short order.  Now applying to graduate programs all over (and some outside) the country, he’s leaving us with a newly digitized and inventoried bird collection, as well as a guide on the current practices in the care and maintenance of taxidermy specimens.

“Being in a collections room for a museum is pretty special,” he said. “Not many people get to hang around specimens that are over 100 years old, interact with them and do detective work to figure out where they came from, and I think that’s really cool.”

Alongside natural history, one of Brian’s greatest passions is skateboarding. He began skating when he was a young teen and, to this day, still teaches skateboarding summer camps that see over 1,000 kids each year.

“I don’t think my parents realized how much I was into it until I built a big ramp in our backyard and ran off every summer to teach kids how to skate.”

For others who are interested in volunteering and interning, Brian has one message: “Get involved and stay involved.” Whether leading hikes or tending to artifacts, museums can always use an extra hand, he said.