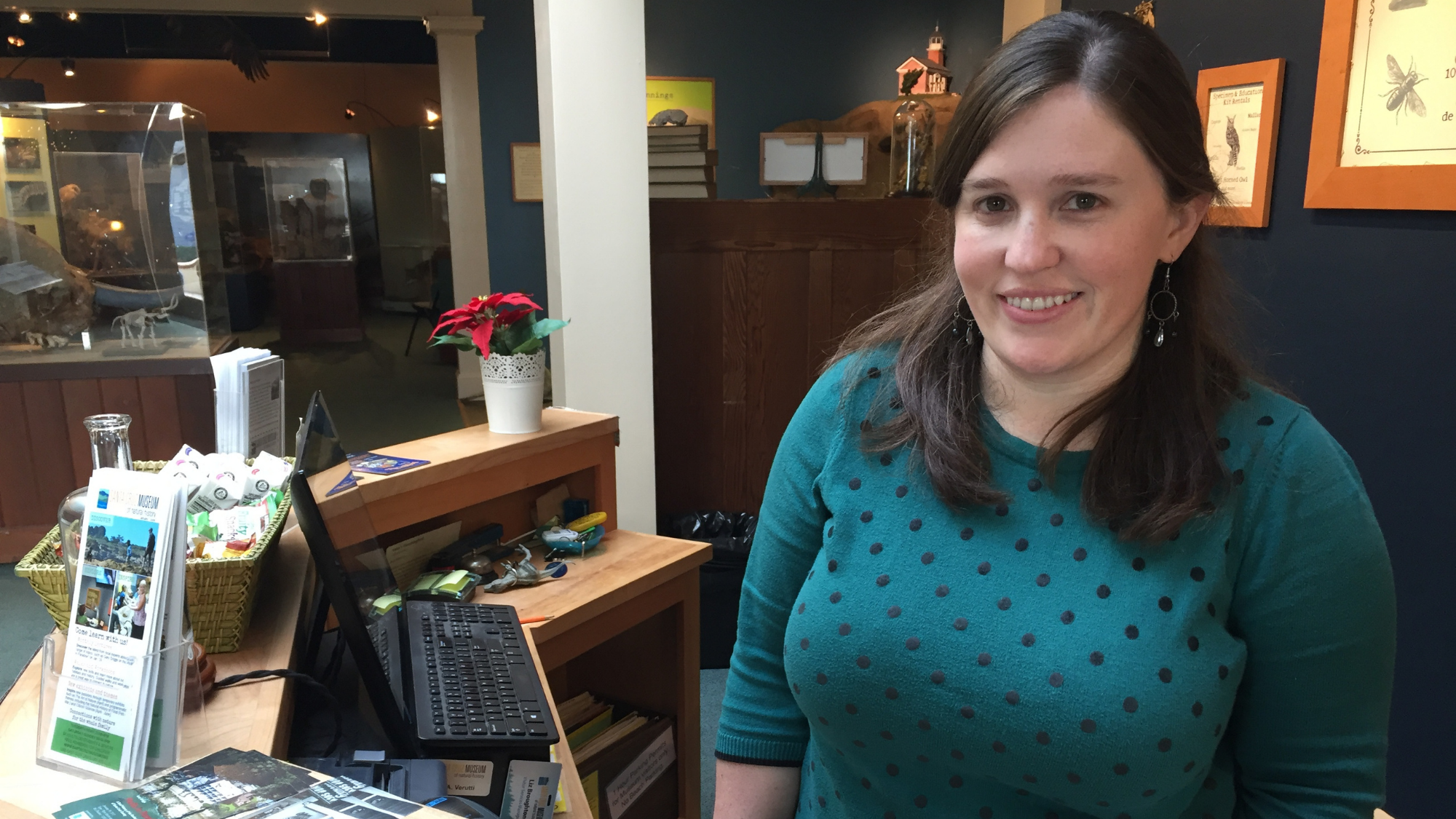 Liz Broughton, Visitor Services Manager, is the Museum’s longest-serving current full-time employee, having joined the team in October 2010 after graduating from the University of Washington’s master’s degree program in museology, museum studies.

She has served many roles at the Museum, starting as an admissions attendant and working her way up to a portfolio that includes managing exhibits, admissions, and the store. Liz is often found welcoming guests and school tours at the reception desk just inside the Museum’s entrance.

A native of the San Lorenzo Valley north of Santa Cruz who likes to hike in Henry Cowell State Park, Liz developed a love of museums early in life and was inspired in college to make a career of it.

“I was raised to be a museum nerd and always enjoyed them,” she said. “For birthdays, my specific request would often be to visit the Rosicrucian Egyptian Museum in San Jose or the Cal Academy of Sciences. I have always been interested in a wide variety of subjects.”

Liz decided to pursue a career in museum work after earning her undergraduate degree at UC Berkeley in anthropology and Celtic studies. She served internships at the Hearst Museum of Anthropology and performed research on Museum of Vertebrate Zoology specimens before attending graduate school in Seattle. There, she interned with the Experience Music Project, Woodland Park Zoo and Burke Museum of Natural History and Culture.

“One of the things I learned in school is if you go to museums as a kid, you are more likely to visit museums and support them as adults,” Liz said. “That’s why I like to talk to folks when they come in the door — hopefully inspiring them to come back and visit and to learn more on their own.”