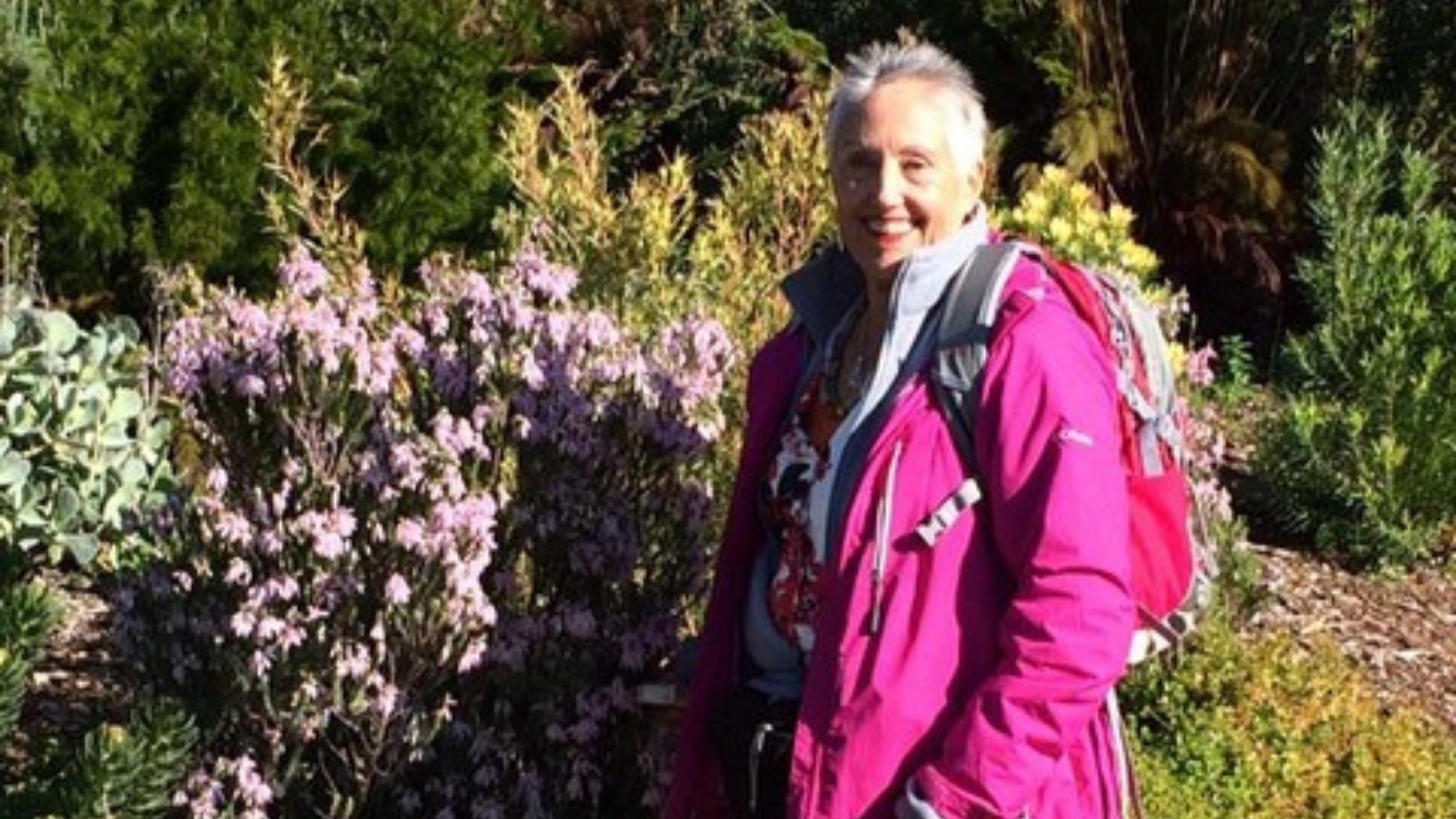 Meet Penny Rich, one of our ardent supporters and a regular at our many special events. You may have met Penny at one of our exhibit openings, or even down in the garden with clippers-in-hand at a Saturday in the Soil.

Penny is a familiar face in the Seabright neighborhood, having moved to Santa Cruz over 20 years ago. Her outdoors-loving family enjoys a long tradition of supporting community-focused libraries, open spaces and museums.

“It’s so nice to have the Museum in our neighborhood,” she says. “It’s unique, it’s intimate, I like the wildlife, and I like the new and different exhibits!”

Her granddaughters first brought her to the Museum, where they often visited the sea stars and other marine creatures in our intertidal touch pool. “I even have a picture of all seven of them on the whale!”

Penny is an educator. For two decades she taught students at Notre Dame de Namur University in Belmont, California, both the history and culture of Latin America, from Mexico and Central America to Peru.

Her interests brought her to Mayan and Incan ruins in a historical trip through Latin America, where she met her husband. She continued teaching once back in Santa Cruz, where she taught English as a second language for 12 years, and eventually claimed the helm at her family’s flexible packaging business in southern San Francisco.

“I really admire them,” she says. “They’re enthusiastic, they make it interesting and they really keep the kids engaged!”