We’re reopening! Explore our plans for welcoming you back safely, with Member Days beginning April 10. 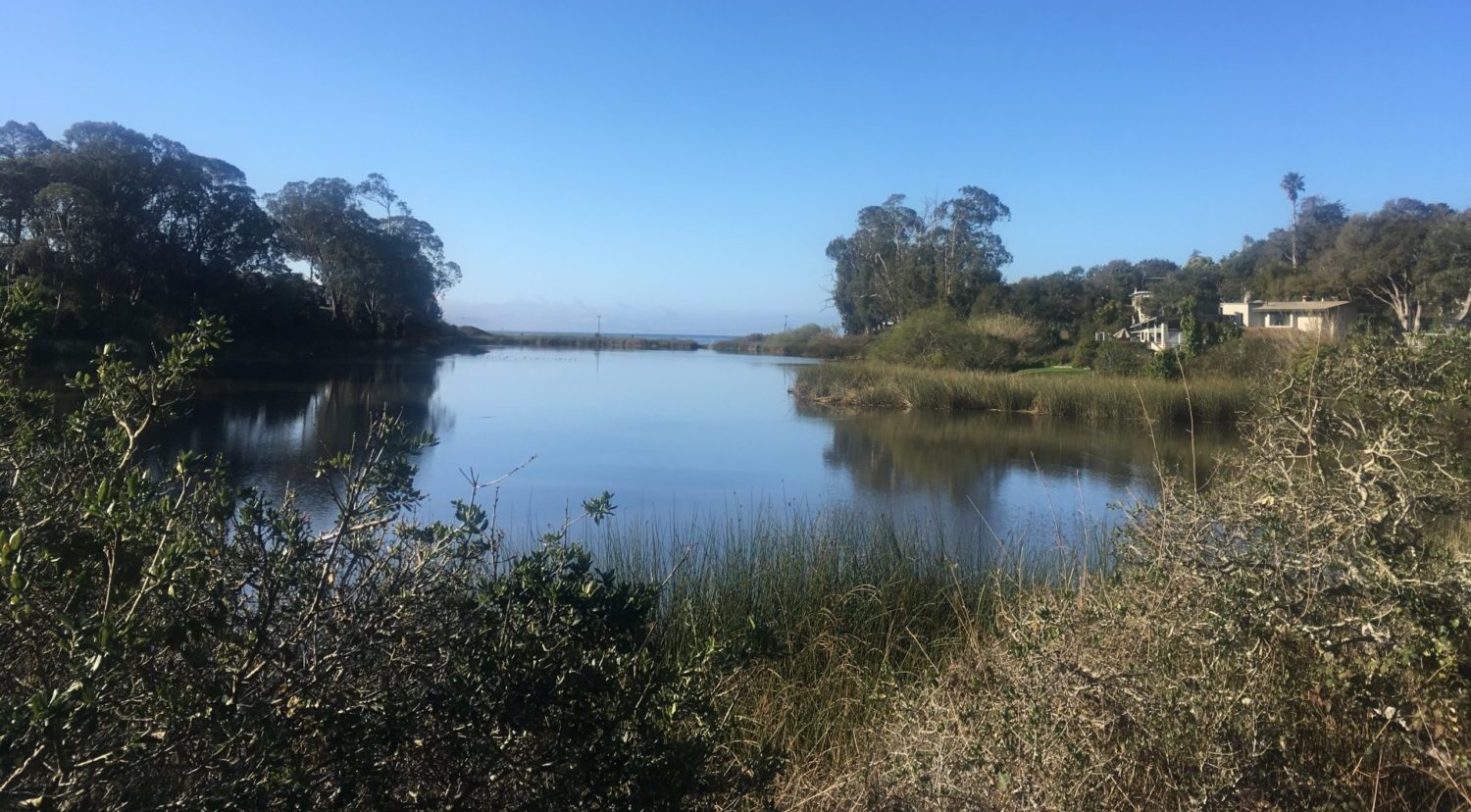 Did you know that the Simpkins Swim Center is the former site of a cement plant that manufactured the cement tetrapods used in the harbor jetty? In the back of their parking lot is access to a short set of trails managed by Twin Lakes State Park. These trails meander through sunny meadows and shady oaks and lead to views of the Pacific Ocean and Schwan Lake.

History of Schwan Lake
Schwan Lake was once a lagoon that connected to the ocean and is named after Jacob Schwan, an immigrant from Germany who owned and farmed on the land in the 1860s. In the 1880s the lagoon had bridges and a railroad trestle crossing over it. After the construction of East Cliff Drive in the 1930s the lagoon was blocked from the ocean. This caused it to seasonally dry up and become very smelly. In 1977 a weir gate was installed so now the lagoon is a lake and never dries up! A weir gate is like a dam but it allows water to flow over the top of it once the lake reaches a certain water level.