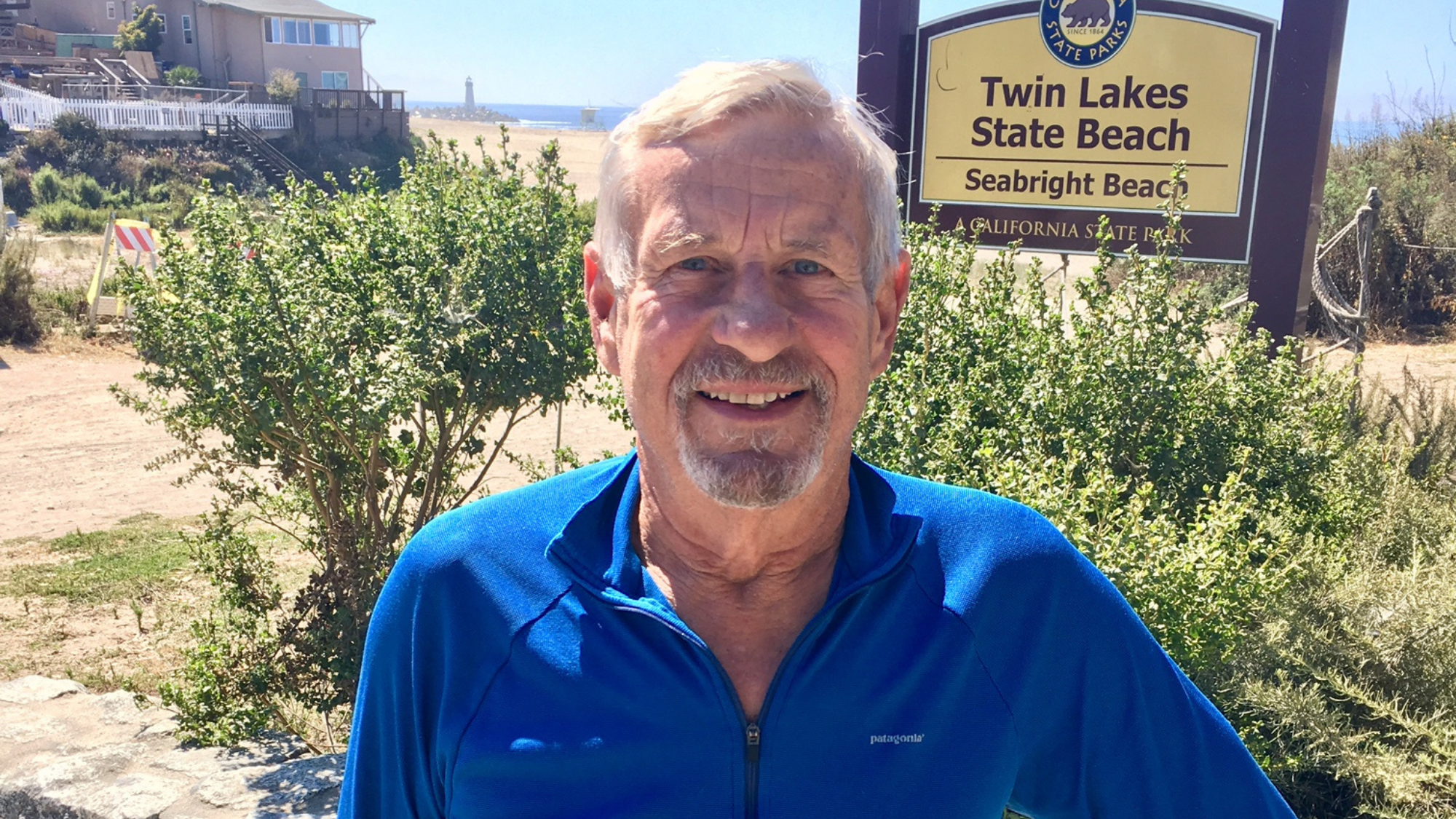 Meet Terry Eckhardt, the newest member of the Museum’s Board of Directors, retired educator and natural history enthusiast. Terry first moved to Santa Cruz in 1972, where he lived near the mouth of the San Lorenzo River and worked as a swimming instructor. He became a schoolteacher just a few years later, which brought him to our Museum when he began taking his students on field trips.

“The students loved the shark teeth so much,” he warmly recalled, noting that he used to borrow the Museum’s fossilized shark teeth to share in his classroom.

Today, he still resides in Santa Cruz and is happy to serve on the boards of local organizations like the Elkhorn Slough Foundation. Terry said he enjoys investing in these groups and seeing positive impact blossom through their work. He’s eager to support the Museum’s growth by helping us to build stronger connections with other scientific organizations in our community.

Another area where Terry aims to help the Museum thrive is in strengthening connections with Latino communities in our area. As we expand our bilingual offerings through translated exhibit labels and other materials, outreach remains a top priority as well, with after-school programming at nearby elementary schools and public programming through mobile museums and events like the Monterey Bay Birding Festival. Terry’s support, along with the Board and staff’s commitment, play an important role in this continued growth.

In addition to enjoying the area’s unique natural history through fishing and hiking, Terry’s influence for joining the Museum stems partly from family. His daughter, Mimi, recently completed an undergraduate degree in Environmental Science from Prescott College in Prescott, Arizona. Her passion for nature is infectious, he said, and he hopes to help others — especially those who haven’t had the opportunity to engage nature —  forge that same strong connection to the natural world.

“Sometimes people don’t have much of a chance to go out and see, touch and listen to the natural world,” he said. “The more we do that, the better.”

Equally as infectious, he added, is the enthusiasm of the Museum crew: “I’m so impressed with the people that support the Museum, from the staff to the volunteers” he said. “We’ve got a lot of variety and a lot of passion. It’s an honor to work with them!”