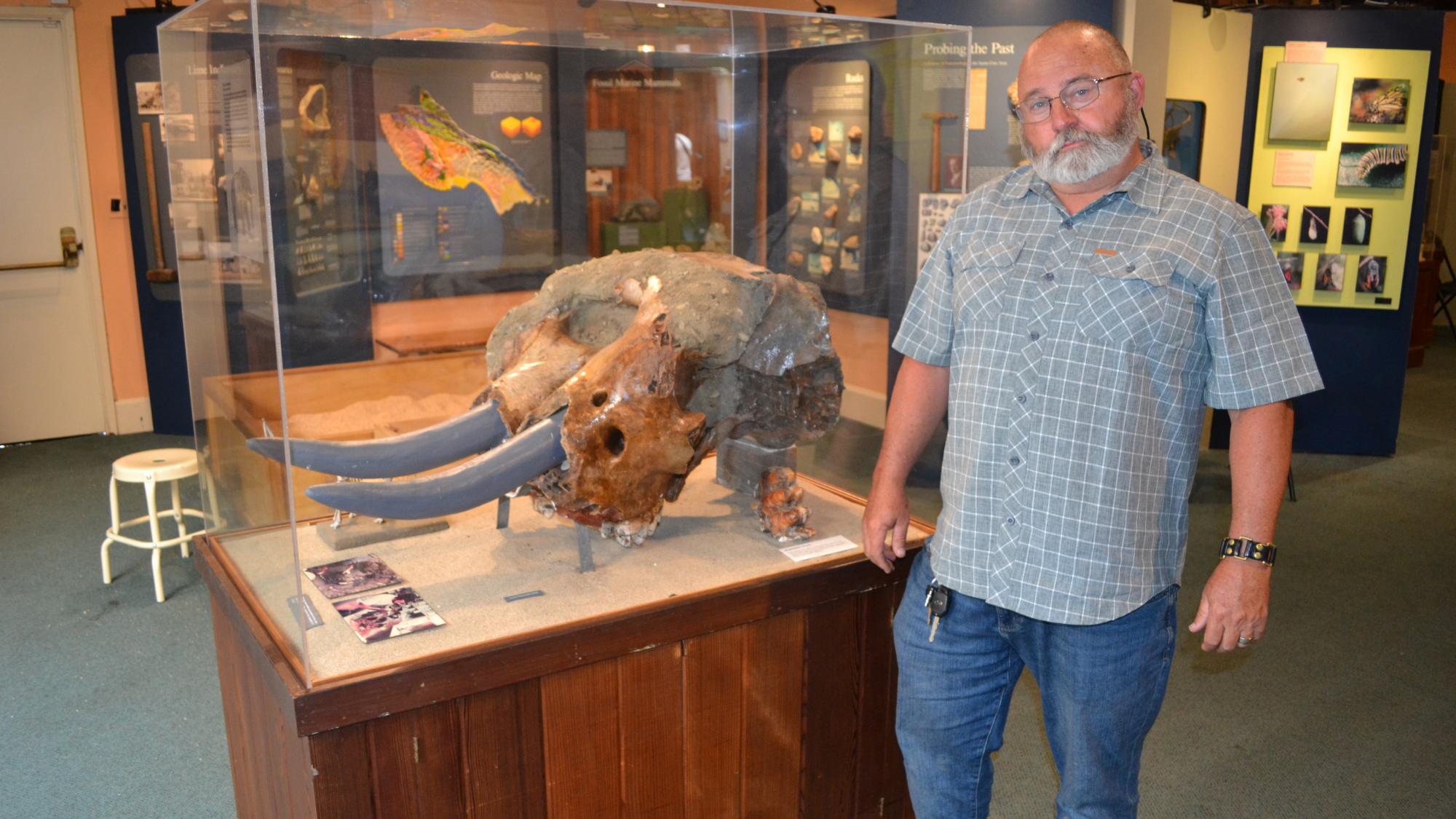 Meet Wayne Thompson: paleontologist, science educator and friend of the Museum. Wayne holds a long and rich history with us — he was the first person to receive our mastodon skull when it was brought through our doors and, today, he helps advise our Collections department.

Wayne first came to the Museum in 1976 as a high school sophomore, eager to continue to explore the world of paleontology. A youth employment program launched by former President Jimmy Carter granted the option to work here at the Museum alongside Charles Prentice and Frank Perry, and Wayne jumped at the chance. He prepared fossils, guided guests through the galleries, and tended to our collections, among other duties.

His passion for paleontology began much earlier when, as a young boy, his father created Lost World: a 40-acre amusement park in Scotts Valley populated by curious trees and fiberglass dinosaurs. He recalls crawling inside the belly of the Triceratops with his brother, rocking the large metal I-beam like a see-saw and roaring to bring the structure to life for guests to enjoy. But fiberglass dinosaurs could only sate his interest for so long, so he also spent time in the fossil-rich hillsides of the Santa Cruz Mountains, hunting for remnants of creatures long since gone.

Today, he’s an active researcher and science educator at Clarence Thomas “C.T.” English Middle School. He has taught at a number of California schools, holding a Master’s of Education from San Jose State University and a Bachelor’s of Applied Science, specializing in Paleontology, from UC Berkeley, among other certifications.

He has excavated dinosaurs in the U.S. — one personal highlight was uncovering a young triceratops in the eastern Montana high desert — and researched human evolution in the Lake Turkana Basin, Africa, and planktonic foraminiferans in the Gulf of Aden with the U.S. Geological Survey.

“But closer to home is where my passion lies,” he said. “The fossil history of Santa Cruz is just so fascinating, from mastodon skulls to shark teeth!”

For those who want to explore the world of paleontology but don’t know where to start, Wayne recommends visiting the Museum or library, digging into the literature and connecting with scientists.

“Start talking to people. Start spending time outside and look around your environment. Ask questions about what you see and seek answers.”

Connecting curious minds is one of his greatest joys, he added, and welcomes all who are interested in paleontology to reach out at wthompsonctems@gmail.com.