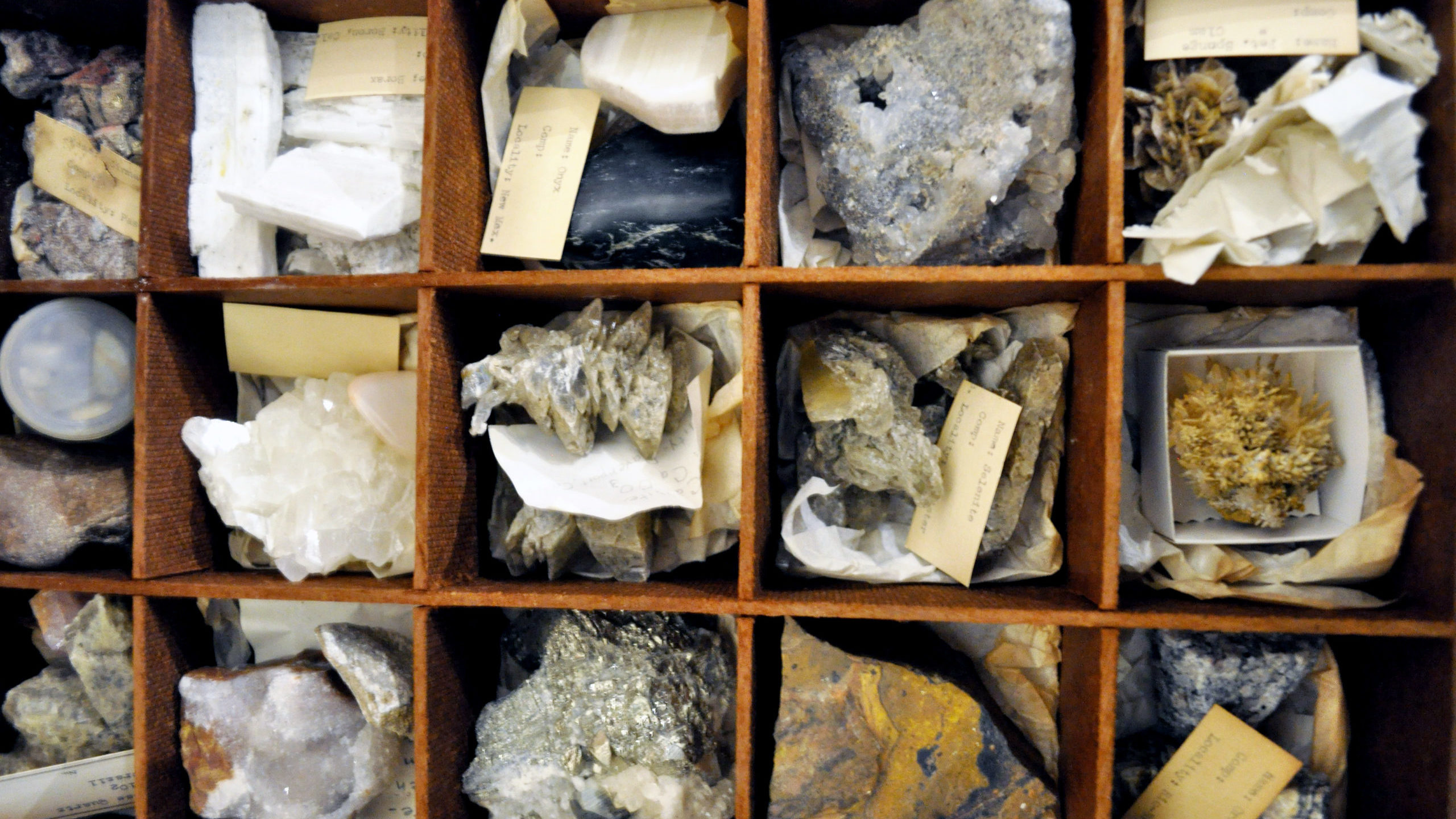 Santa Cruz is an area of geologic interest with a complex history of processes that shaped the coastline, bluffs, terraces, and mountains we see today! Wind, waves, earthquakes, fires, and other natural forces have changed and shaped the landscape for millions of years, though humans have only been able to document those changes in the recent past.

The above map shows the distribution of different rocks in Santa Cruz County. Each color represents a different kind of rock and, in turn, a particular age. Many of these rocks represent formations.

A geological formation is a basic rock unit that geologists use to group rock layers. Each formation must be distinct enough for geologists to tell it apart from surrounding layers and identify it on a map. A formation can consist of a variety of related or layered rocks, rather than a single rock type. There are over 14 geologic formations in Santa Cruz County. Most of these formations were created through movement of the crust because of tectonic uplift at the subduction zone off the California coast.

Most of the county is underlain by granitic rock. It formed about 100 million years ago from molten rock which cooled very slowly at a depth several miles below the earth’s surface. Since then, this area has been covered by the sea much of the time. Sand, mud and other sediment was deposited on the seafloor and was eventually compressed and hardened into sedimentary rock which was uplifted to form the Santa Cruz Mountains. Many of the sedimentary beds, which were originally horizontal, have been tilted, folded or partly eroded away. In some areas major faults have offset the rocks.

Learn more in our Fossil Guide.

The three basic types of rocks- igneous, metamorphic and sedimentary– occur in Santa Cruz County. All are composed of minerals. Some consist of primarily one mineral, as in the case of marble, while others are an aggregate of many different minerals, as in the case of granite and conglomerate.

Each rock type in the Santa Cruz area represents a different chapter in this region’s geologic past, and each has its own unique story to tell. The rocks of this area are mostly covered by soil and vegetation, so geologists must rely on scattered outcrops in creek beds, quarries, road cuts and sea cliffs in order to piece together the geologic history.

Igneous rocks formed from molten rock called magma. Plutonic rocks, such as granite, gabbro and alaskite, cooled very slowly, solidifying deep below the earth’s surface. This provided time for larger crystals of quartz, feldspar, mica and other minerals to form, giving the rocks a coarse texture. Volcanic rocks, such as basalt, cooled quickly at the earth’s surface and are very fine grained.

The metamorphic rocks of this area are a geological enigma. They predate the granite rocks and were originally sedimentary rocks such as limestone, shale and sandstone. These were respectively metamorphosed into marble, schist and quartzite by the intrusion of magma about 100 million years ago. How much earlier these rocks were laid down as sediment, however, remains a mystery.

Sedimentary rocks in the Santa Cruz area originated for the most part from sediment such as mud, sand and gravel that was deposited on the sea floor. Over millions of years chemical alteration and pressure from burial hardened the sediment into rock. These rocks overlie the igneous and metamorphic rocks of this region and are of a younger age.

Minerals are the naturally occurring crystalline substances that make up the rocks around us. Minerals such as quartz, feldspar, and calcite are the most common constituents of rocks in this area. Dozens of other mineral species occur here, but in small amounts. Large, well-formed crystals- the kind most sought after by collectors- are scarce.

Several minerals in this region have proven to be of great economic importance. Cinnabar (the chief ore of mercury) has been mined extensively at the New Almaden on the east slope of the Santa Cruz Mountains. Calcite (in the form of marble) has long been quarried near Santa Cruz for the manufacturing of lime and cement.

Learn more in our Collections Close-Up.

Explore other resources for better understanding geology, paleontology, and the landscape of the Santa Cruz region.

Geology at the Museum

On exhibit at the Museum

Rent a kit to explore local rocks at home. Kit rentals are $10 per week and can be requested here (you do not need to be a teacher to request a rental).

Shop the geology and paleontology section of our online store