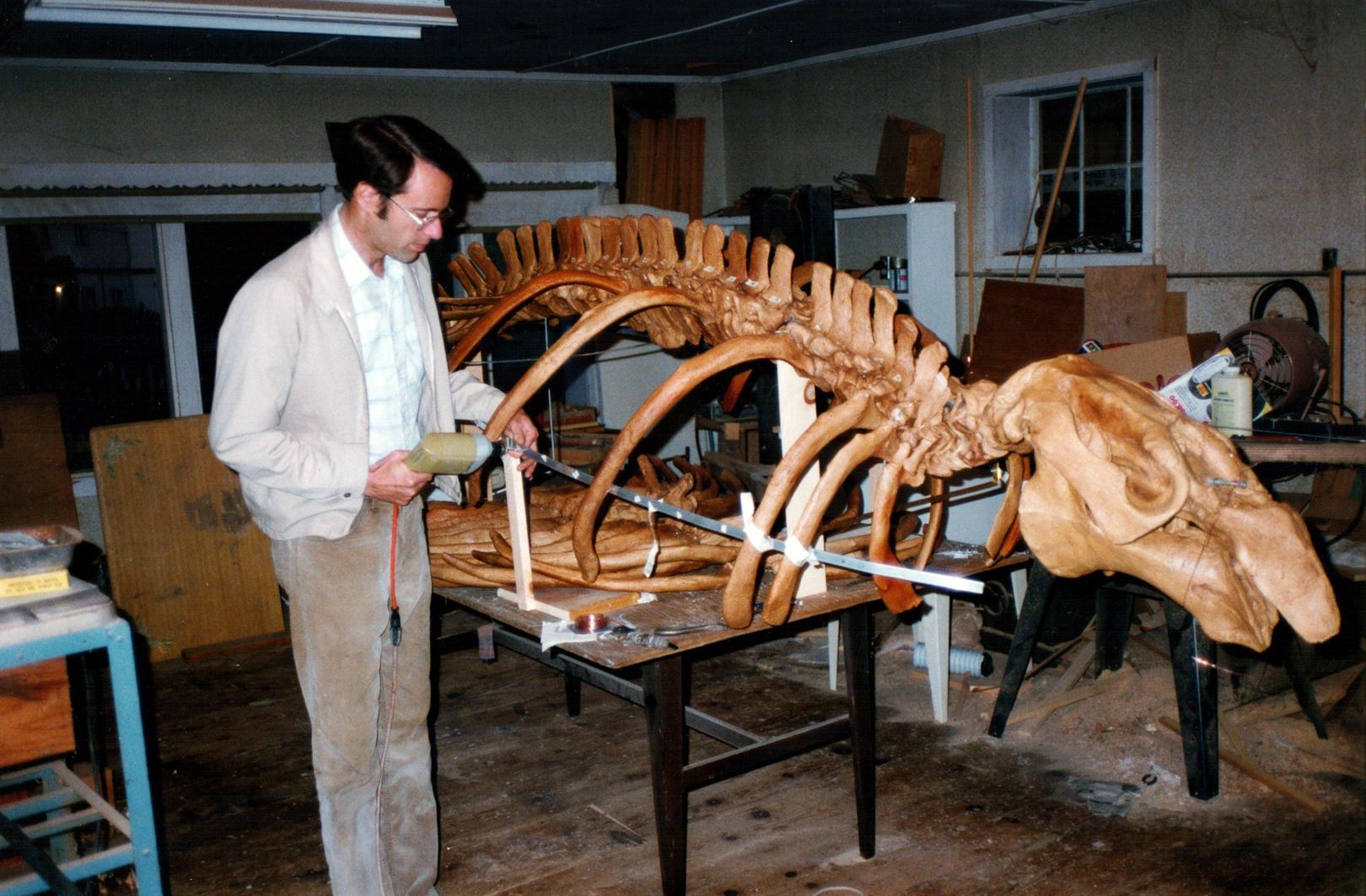 Dig into the fossil record of Santa Cruz through the eyes of locals who find themselves captivated by these windows into the past and who made it their work to share this passion with others. One of these important contributors, Wayne Thompson, will share his history with the Museum and the unique potential that fossils have to engage students with science and the natural world, inspiring the next generation of environmental stewards.

About the series: Zoom into the stories, secrets, and science of our collections during monthly webinars with Collections Manager Kathleen Aston. This live event is an extension of our monthly Collections Close-Up blog, with added insights and intrigue. Members are invited to participate in this program before it is made available to the general public as well as ask questions directly of Kathleen. Watch last month’s webinar on preservation policies in Museum collections.

Celebrate 115 years of the Santa Cruz Museum of Natural History! Explore highlights of our history, the current state of the Museum, and our plans for the future.

We will hear from community members, dig into the archives, and our Executive Director Felicia B. Van Stolk will present the annual Laura Hecox Naturalist Award to Amity Sandage, Environmental Literacy Coordinator for the Santa Cruz County Office of Education.

Learn More About Our History

The Museum opened its doors to the public 115 years ago this month, and though the doors have changed over time, the task of stewarding our collections has always been an inherent part of our mission. Explore the journey of our collections over the past century and gain a deeper understanding of what preservation looks like today.

About the series: Zoom into the stories, secrets, and science of our collections during monthly webinars with Collections Manager Kathleen Aston. This live event is an extension of our monthly Collections Close-Up blog, with added insights and intrigue. Members are invited to participate in this program before it is made available to the general public as well as ask questions directly of Kathleen. Watch last month’s webinar on malacology and the life of Hulda Hoover McLean.

Not yet a member? Join today!

One hundred and fifteen years ago this month, the Santa Cruz Museum first opened its doors to the public. Those doors were not the ones that visitors might walk through today. Indeed, the museum has had several homes in its evolution from the city’s first public museum to our present form as the Santa Cruz Museum of Natural History. As we continue to provide activities and inspiration for connecting with the natural world in this moment of physical distancing, this month’s Collections Close-Up looks at how the migration of our spaces influences our evolving collections.

A familiar foundation to our story is Laura Hecox, whose lighthouse museum provided the first home to what would become our collections. In 1869, Santa Cruz’s first lighthouse was built near the site of todays’ Mark Abbott Memorial lighthouse. Laura Hecox, having taken up the post of keeper after her father Adna passed away in 1883, made her collection available to the public as part of her regular lighthouse tours. Tall wooden shelves were packed full of carefully cataloged fossils, shells, birds, curios, and artifacts, which photographs from the 1880s depict as full to bursting. Her collection was a popular and respected local attraction and, in the early 1900s, was solicited for exhibition at Santa Cruz’s first library.

On April 14, 1904, the main branch of Santa Cruz’s public library opened to the public. The two story building housed more than 14,000 books on its first floor, with ample space to expand into its lower level. Plans for this space were already underway, and not just for books –  on April 13, 1904, Laura Hecox had already deeded a portion of her collection to make this space a public museum. Her friend, local luminary Dr. Charles Anderson, was quoted in a contemporary newspaper praising the combined virtue of libraries and museums in providing both explanations and examples for public knowledge.

The museum opened to popular acclaim on August 21, 1905. While Laura’s collection seeded the museum, we know that from the beginning her collection was already being expanded. Laura made sure to acknowledge friends of the library who gave additional items for the opening, from a centipede collected in Arizona to Chilean coins. Despite this variety, the collection is usually described as one of natural history, and the library noted that they generated increased demand for books on natural history. This success of the museum as an educational endeavor would influence its next home.

Santa Cruz’s first dedicated high school building opened in 1897, but tragically burned down in 1913. Fortunately, the Museum was relocated to the high school after it was rebuilt in 1915. This was likely motivated by the need for space, but a place of learning seemed the right home for the collections. Echoing others, the Santa Cruz Evening News described the high school as “preeminently the place in Santa Cruz where numbers are engaged to study. It is therefore a place where a museum may do a great deal of good.”

Some years after Santa Cruz’s original public museum collections took on the role of a high school teaching collection, the community’s museum fervor was rekindled. In 1929 Humphrey Pilkington gave his collection of Native American artifacts and other items to Santa Cruz on the condition that a dedicated museum be established to house it. The Tyrrell Arts and Crafts House, a community hub in the park adjacent to the Seabright Library, was chosen as the Santa Cruz Museum’s new location. As curator Jed Scott and various hard working volunteers set about cataloging and organizing Pilkington’s collections, they also began to solicit other gifts to the museum. Significantly, the museum lobbied and was successful in transferring the Hecox collection from the high school to Seabright. As part of the transfer, many items that had lost labels and records while at the high school had to be re-identified.

Thus united the Hecox and Pilkington collections, along with many other invaluable donations, that remain in Seabright to the present day. In the mid 1950s they made one final, if incremental move into what was then the Seabright Library. After the library withdrew in 1965, the museum expanded into the entirety of the building, later making actual physical expansions to the rear of the building that today constitute staff offices and collections storage.

In these spaces we ground our present efforts to preserve the collections for the future. As complex as the past is that brought us here, we also have a rich history of envisioning remodels, relocations, and other possible futures for what the museum could look like. And while we never expected this virtual future, we are confident that, in the same way we have been an important feature of the Santa Cruz community for 115 years, we will continue to meet the challenges that face the community, with our community, for another 115 years and more.  For a deeper dive into the intersection of our collections and space, different dreams for the Museum through time, and our current conservation efforts in our Carnegie building, register for our virtual Collections Close-Up event on August 13th.